Generosity as a Historic Practice of Christianity in the Workplace

Each year I drive through a part of New Jersey that’s  home to some of the highest incomes in the country, a landscape dotted with sprawling mansions worth multi-millions.

This year I learned many of these estates have only one or two rooms occupied, which is all the owners can afford to maintain. While some have purchased the home as an investment, others, I was told, are trying to prop up a façade of wealth – wealth that doesn’t exist.

Some people need to boast about what they have and do (1 John 2:15-17) because it demonstrates to themselves and others that they are competent, that they are winners. For these people, wealth means having arrived. Wealth is the end goal. Over time it becomes their source of personal identity and value.

Out of the Christian rhythms of work inherited from centuries of Christian living we have talked about so far, this one may be the most challenging for us as Americans. We are surrounded by people who draw identity and value from wealth creation.

Ironically, if we live in the United States, we have already “arrived.” One third of the world lives on less than a dollar a day. The poor in America, the bottom 5%, are still richer than 70% of the world’s inhabitants. To think about it another way, take out the top 1% of wage earners in the United states, and the remaining 99% are actually the top 1% in the world.

But as Christians we continue to struggle with our view of wealth.

We need to be reminded that wealth for Christians is not a goal, or a source of identity or personal value.

Anyone can earn wealth, and many of the wealthy are modest and generous. One of the wealthiest men in the world, Warren Buffett, lives in a modest home he paid $31,500  for in 1958, and has promised to give away 99% of his wealth.

It is true that as Christians we are convinced that God is our source of provision. He does bless. Yet we should never have wealth as an end goal, because we are much more excited about the world to come – God’s kingdom. God’s “end goal” is his kingdom, not your wealth.

As Christians live in this world and become successful and wealthy, they hold onto their jobs and wealth with open hands. In this sense, the wealthy Christian is different than other wealthy people in one very important way. The wealthy Christian carries inside them a spirit of poverty, because they simply don’t get their identity and value from what they have and do. They consider themselves as members, or citizens, of the Kingdom of God. They want to invest in God’s kingdom, and the heavenly kingdom to come. The result is generosity – crazy generosity.

Christians, whether wealthy or poor, see what they have as a resource to build the kingdom of God.

In recent years this work rhythm has lost its synchronicity in the lives of Christians. Today many well intentioned believers are convinced that being wealthy is a sign they are “blessed,” causing many of them to use their faith as a means to gain wealth (I Timothy 6:10).

The work rhythm of ancient Christians led them to believe that God wants to and does bless, with wealth, health and safety. Their wealth was no facade, nor did they treat it as such. They used it to serve the people of God (Acts 10: 1-48). But, when they compared what they had to the kingdom of God, these ancient Christians would freely give their money, lives, and security.

Dr. Timothy Ewest is Associate Professor of Business Administration at Wartburg College. Dr. Ewest has worked in higher education since 2002 teaching entrepreneurship, social entrepreneurship, economic development, nonprofit management, economics and organizational theory. His research interests include: issues surrounding faith and work, leadership and pro-social behavior and leadership in social entrepreneurship. In addition to his duties at Wartburg, he is currently working as a Visiting Research Collaborator with David Miller at Princeton University’s Faith and Work Initiative, exploring the integration of faith (spirituality and religion) within the workplace. Dr. Ewest holds a Masters Degree in Theology from Wheaton College, a Graduate Diploma in Workplace Theology from Regent Graduate School of Theology, an M.B.A. from George Fox University, is an ordained minister in the Christian and Missionary Alliance, and holds a Doctorate in Business from George Fox University. 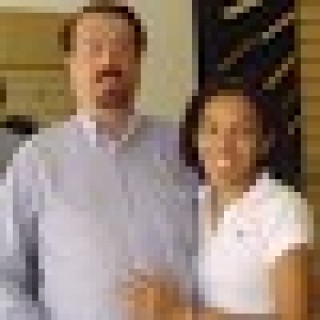